← more from
Everloving Records
Get fresh music recommendations delivered to your inbox every Friday.

Floating On A Sphere 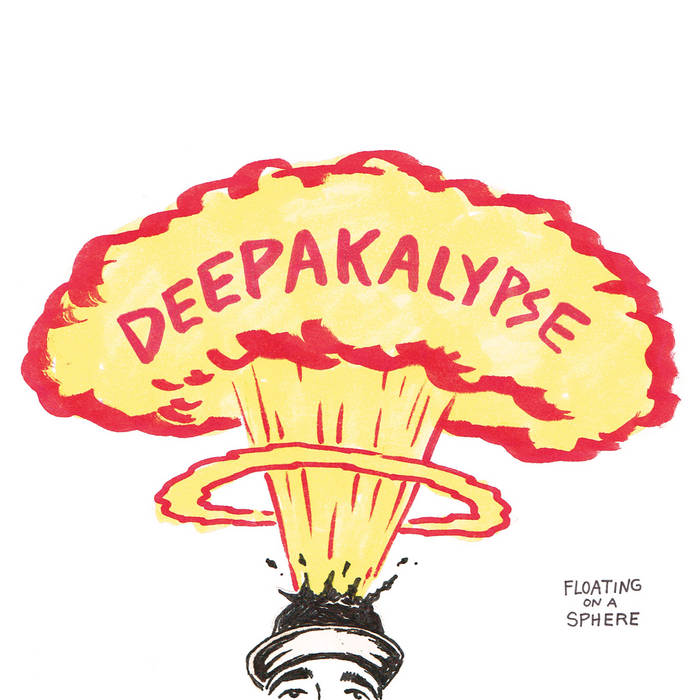 Ryan M. Robson Where on Earth do I find a copy of Kamikaze Collective? Favorite track: Driftin.

Meet Deepakalypse. A forward thinking, inward looking, biofueled songwriting autodidact. He’s wandered across America, guitar in hand, doing everything from veggie oil conversions on vintage Mercedes diesel engines to fabrication of large scale art installations and lived to write about it. Floating On A Sphere, his first with Everloving, compiles work from previously self-released material that rides the rails between lo fi acoustic punk and agit folk a-la Jonathan Richman or Billy Bragg.

Citing The Subhumans, Elvis Costello, the Pixies and Modest Mouse as musical influences, the songs on Floating On A Sphere also clearly owe a spiritual debt to Calvinistic hoboism, the open road and the Californian storytelling traditions of John Steinbeck and Woody Guthrie.

Deepakalypse grew up in Ventura, CA skateboarding and playing punk music. A road trip across the United States at age 21 landed him in New Orleans for an extended stay, soaking up the city’s history via his aunt, a costume maker married to a Santeria priest. It was pre-Katrina, but the buildings were already sunken into the below sea level ground. There were no long views to be found unless you went to the river or a levee. Deepakalypse heard fast jazz for the first time there and became a fan of that as well as other styles of music local to the region. It was then he started writing music more seriously and performed at open mics.

Back in Ventura County, Deepakalypse continued to play. Sometimes with a band, punk or otherwise, but he remained solo more often than not. A friend in Oxnard owned a dilapidated shack on a 20 acre strip of flower fields, in an agricultural region surrounded by strawberry fields. It became a way station of sorts for friends to move in and out of and touring punk bands that only played house shows would come through. Deepak would bounce back and forth between there and Louisiana, annually returning to NOLA to pick up work every Spring between Mardi Gras and Jazz Fest. At the flower farm, the minimalist lone wolf would spend his time there working on music and developing an interest in alternative fuels. He powered his car with trash, occasionally sleeping in it. It was a harsh but carefree reality.

“Drummers,” calling for revolution, imagines a present where the people have taken to the streets and “Floating on a Sphere” takes a softer approach to the same mindset with a psilocybin-y assertion that the world is simple and we’re all connected. “A to B” is a detuned saunter through the aimless confusion of figuring out what do to with your life. Dim Sum, the lone love song on the album is sweet, romantic and bare while avoiding treacle with a clear eye. Love still has a seat at the table, even if it’s only temporary.

As a debut, Floating On A Sphere is a modern take on the itinerant wanderer living freely under the hobo code. Political and prickly without resorting to nihilism, Deepakalypse has taken an honest approach to songwriting that’s influence is obliquely rooted in the American experience.

All songs written and performed by Deepakalypse
Additional instruments by Deepakalypse percussion, kazoo
Produced by Deepakalypse and Trevor beld jimenez except Caught and Floating produced by
Jonathan DeBaun
1,5,6,8,10 Mixed and Mastered by scott okuma at little bear studios 2003
Artwork by @Drewtoonz
Published by … (ASCAP or BMI)
EVE-049 ℗© 2016 This compilation. Deepakalypse. Under exclusive license to Everloving, Inc.

Deepakalypse is a Southern California based multi instrumentalist, vocalist and songwriter. This floating on the sphere album is comprised from my first two albums kamikaze collective and magnetic love. I also have a side project entitled pink moment. you can checkem out on soundcloud. If you want me to play your town please drop me a line at deepakalypse6@icloud.com ... more

Bandcamp Daily  your guide to the world of Bandcamp